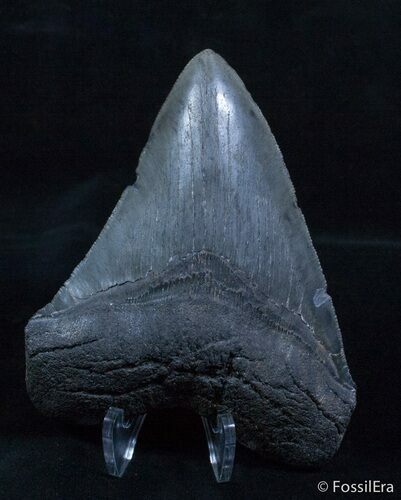 This is a beautiful, black, 4.42 inch long meg tooth from Georgia. It's in nice shape overall, with really nice enamel, and a good root. The serrations are a little worn, with a few chips but are visible. These black Georgia megs tend to sell pretty fast so, don't wait too long on it. It comes with the pictured acrylic display stand.

There is no repair or restoration on the tooth.