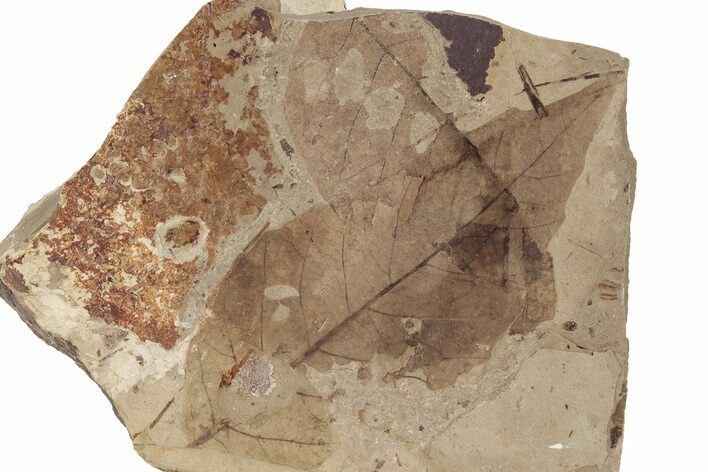 This is a 5.25" wide leaf fossil plate from the McAbee fossil beds of British Columbia, Canada. It contains 2 leaves of the genus fagus measuring 4.45" and 3", respectively 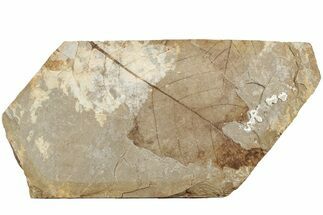