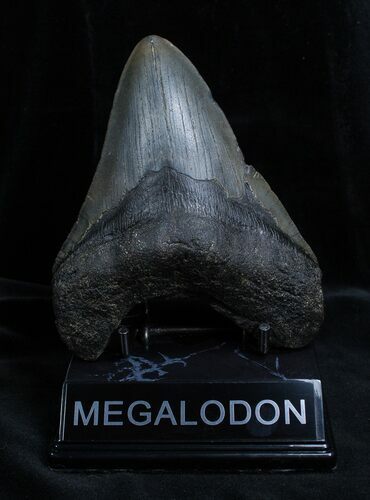 Here is a large 5+ inch tooth from the prehistoric monster shark, the Megalodon. It was collected in Georgia and is approximately 5 million years old +- 2 million years. The tooth is in fine condition with some natural feeding damage to the tip and the edge of the blade. It comes with a custom "MEGALODON" stand to show it off.