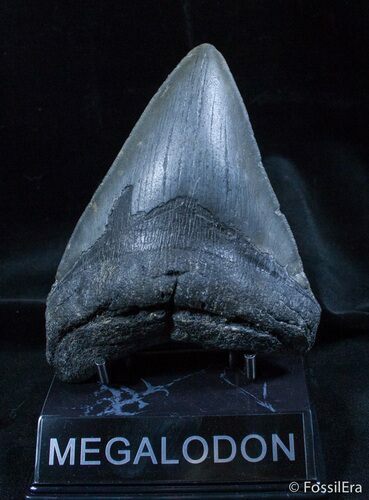 This is a nice big Georgia megalodon tooth just a hair over 5 inches long. It's in good shape just missing a small corner of the root but has a nice dark blade with some serrations still visible. It comes with a custom MEGALODON stand to show it off.