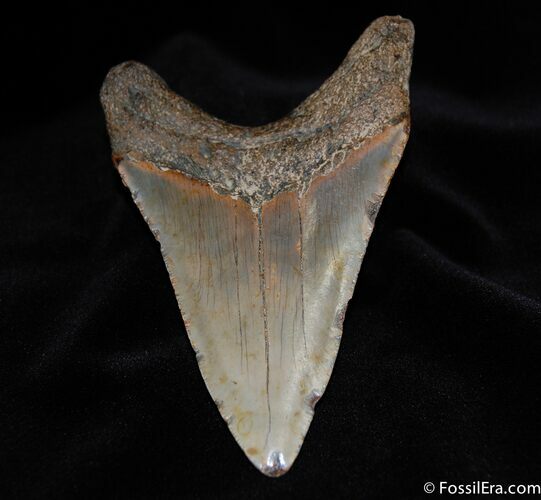 This is an very affordable example of very large 5.22 inch fossil Megalodon shark tooth from the Hawthorn Formation. It was collected by a diver off the SE Atlantic Coast where it had been deposited after eroding out of the rocks. It's got excellent coloration. It's not perfect but it's still a very impressive and formidable tooth. You'll have a hard time finding any other complete 5 inch meg teeth at this price.

Displays well on the included plastic display stand. Would make a great gift.