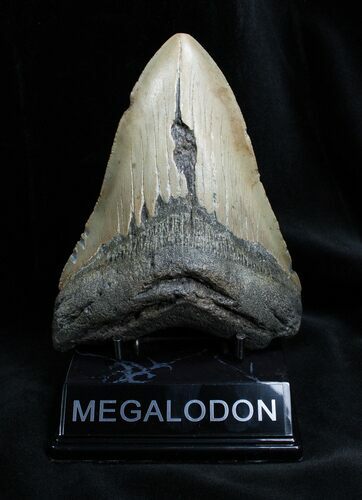 This is a monstrous Megalodon tooth at just over 5 1/2 inches in length and weighting in at over 10 ounces. This would have come from 40-50 foot adult, prehistoric, mega-shark. It was collected from the Hawthorn formation of North Carolina putting the age approximately 4-7 million years old. Other than a few chips that are likely feeding damage and an enamel peel the tooth is in nice shape. It has visible serrations, a feature missing from many large teeth. The tooth displays very impressively on the included custom stand.