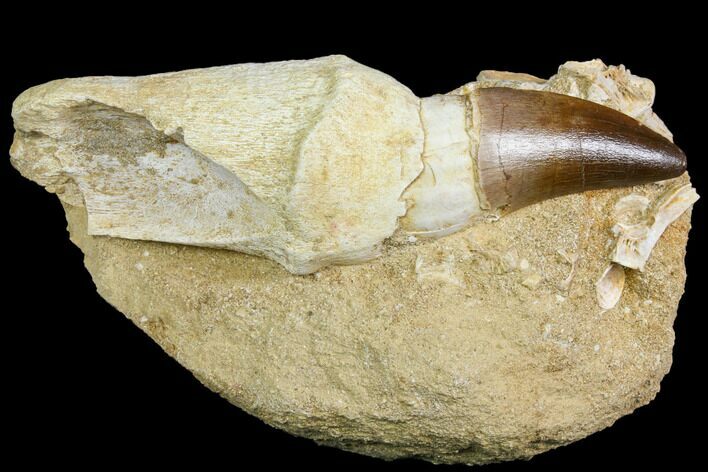 This is a really cool specimen from the phosphate deposits in the Oulad Abdoun Basin of Morocco. There is a large, 5.9" long, naturally rooted Mosasaur (Prognathodon sp) tooth with a dense cluster of about a dozen fossil fish vertebrae behind it.

The preparation on this piece was done in the US and really highlights the fossils. The tooth as well as many of the vertebrae have been brought out in high relief against the rock. The fish verts are visible once you look at the back of the specimen. No restoration on this piece.