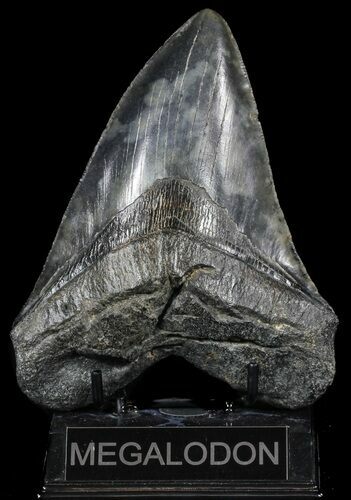 This huge, fossil Megalodon tooth from Georgia is just a hair under six inches. Megalodon teeth over 6" long are very rare, you will find hundreds of 5 inch teeth for every 6 inch tooth. A tooth this size would have come from a large adult, mega-shark in the 50+ foot size range. It has a beautiful, mottled enamel preservation. Some erosion to the base of the root, but this tooth is not only a monster, but looks good too.