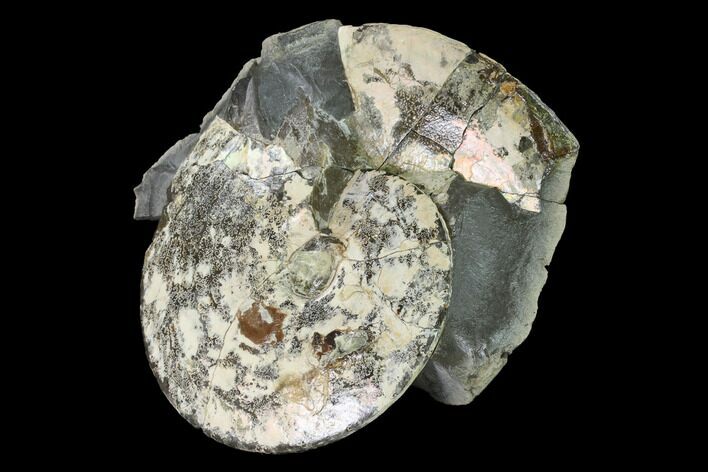 This is a large Sphenodiscus sp. ammonite that was collected from the Fox Hills Formation of South Dakota. Most of it has been prepped free of the hard concretion it was found in. Portions of the shell exhibit gorgeous iridescence.

There are repaired cracks through the ammonite where the nodule split during collections. The ammonite also broke within the rock during fossilization, explaining the shift in the ammonites orientation. Comes with an acrylic display stand.