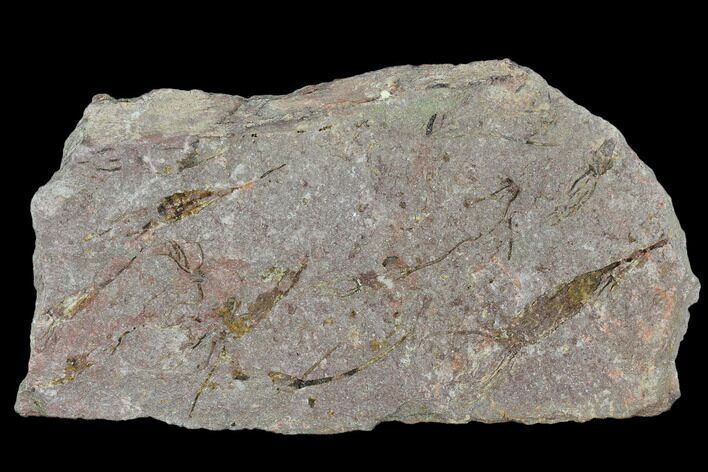 This is a 6.7" eocrinoid (Ascocystites) plate from near Kaid Errami, Morocco. The reddish/orange coloration due to the oxidization of iron pyrite is very beautiful and showy. This plate contains four eocrinoids, the largest, 2.3" long. 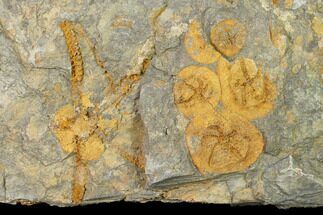 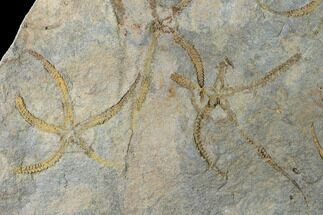