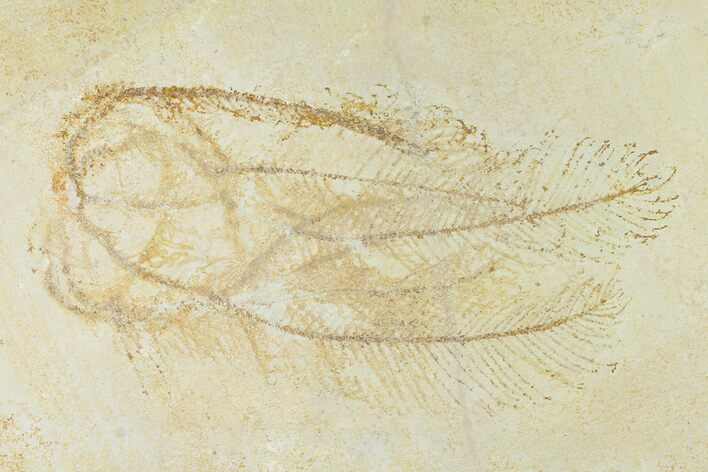 This is a floating crinoid (Comaturella sp.) from the Jurassic (~150 million year old) age Solnhofen Limestone in Germany. While most crinoids attached themselves to the sea floor with a stem and holdfast, crinoids of the order Comatulida, also known as feather stars typically do not have stalks. They live on the seabeds and reefs in tropical or temperate waters.

There are two repaired cracks through this rock, one of which runs through the crinoid fossil. There has been some minor touch up restoration at the point of breakage through the fossil. Comes with a metal/acrylic display stand.