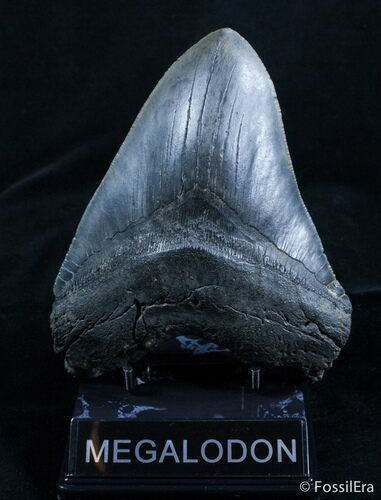 Here is a big, black, monster of a Megalodon tooth as just over 6 inches in length. It's also very wide and heavy, weighing in at just under a pound. This would have come from a very large adult Megalodon shark, probably close to 50 feet in length.

The tooth has NO RESTORATION or repair work unlike most 6+ inch teeth up for sale. The serrations are a bit worn but still visible and the enamel is in good shape on both sides. It comes with the pictured MEGALODON stand.