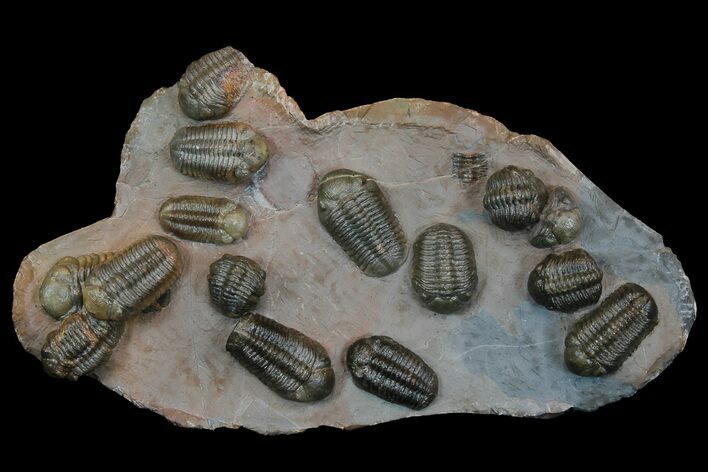 This is an beautiful, mass mortality plate of beautifully, colored Austerops trilobites, collected near Jorf, Morocco. There are 14 complete individuals covering the 7.3 x 4.2" rock. A really nicely prepared piece and one of the most aesthetic multiples I've been from the location. There is some minor restoration on some of the trilobites, but it's probably no more than 1-2% in total. 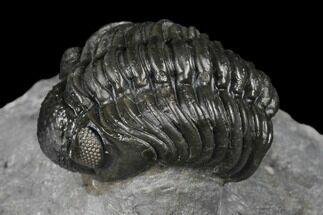