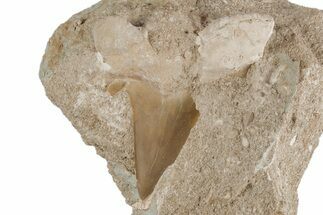 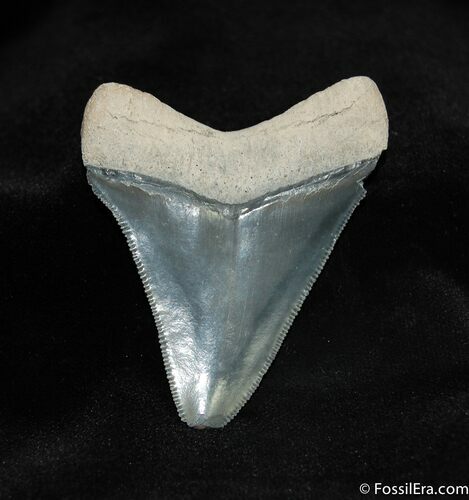 This is a glossy and colorful 2.4 inch Megalodon tooth from one of the classic collecting localities, Bone Valley in Florida. Bone Valley teeth are highly coveted by collects for their distinctive colorations and great preservation.

Check out how nicely the color of the blade contrasts with the light tan root and the still sharp serrations along the edge of the tooth. This is an affordable tooth from one of the most sought after meg hunting locations. 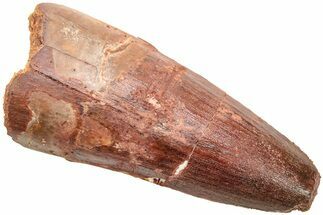