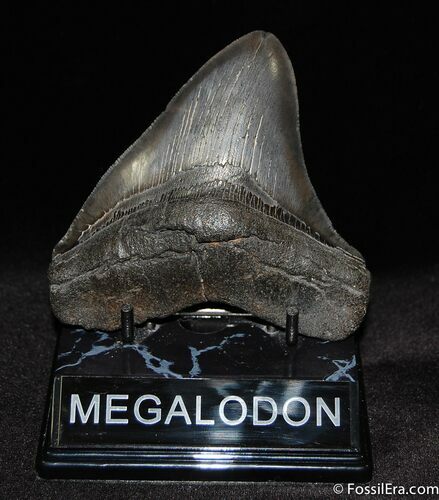 This is an excellent, collector grade, lower posterior megalodon tooth. Posterior teeth tend to be a favorite among collectors because of their unique shape. The serrations are awesome, you can really feel them running your hand along the edge. It has a very nice bourrelette, root and a colorful blue/grey toned enamel. There is some feeding damage on the tip but everything else about this tooth is great.

This tooth has NOT been repaired and has no restoration. It displays really nice on the included stand.