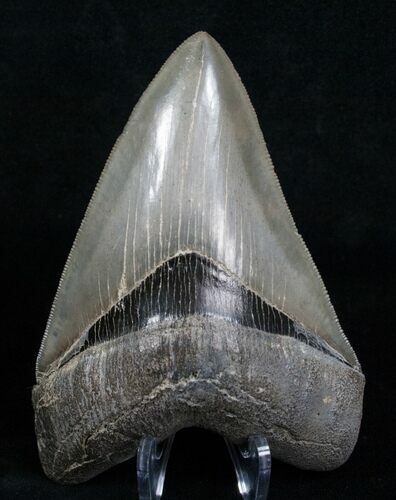 Here is a top quality 4.45" Megalodon tooth from Georgia. It's has beautiful, glossy enamel, an excellent root, and a fine bourrelet. The serrations are very sharp, in fact I actually cut myself on it when I was unwrapping the package it came in. This is a true top quality tooth for a serious collector.