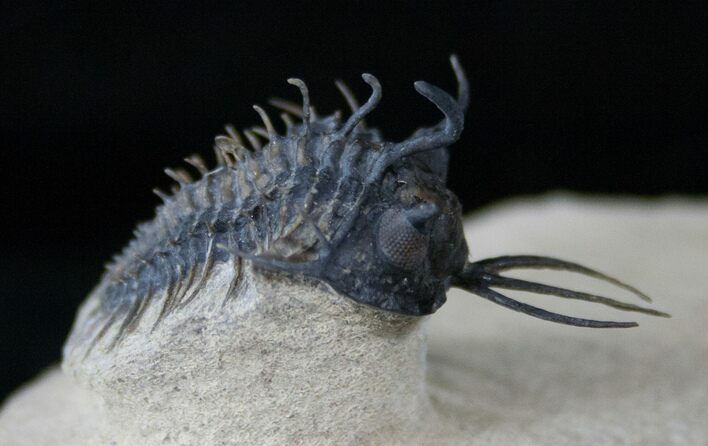 This is a nicely prepared specimen of the spiny trilobite Walliserops hammi, often referred to at the "short trident" Walliserops. Walliserops hammi was typically much smaller than the long-forked Walliserops trifurcatus (found in the same layers) and this cute little guy is no exception at 1.5" long. It took a very skilled preparator many hours to do the work on this specimen, with the trident-shaped projection and many spines prepared free-standing. There is no restoration on this specimen, all of the spines are real.

There is some speculation that the long and short forked species may actually just represent sexual dimorphism within the type of trilobite.