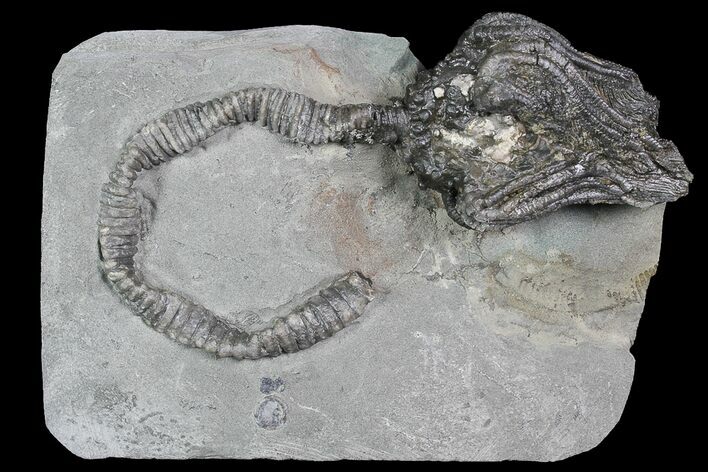 This is a very 3D Platycrinites crinoid from the famous crinoid beds near Crawfordsville, Indiana. The quality of preparation on this fossil is exquisite - using skillful air-abrasion techniques under a stereo microscope.

The crinoid is a composite meaning the stem and the crown didn't come from the same animal. The crown was found individually and remounted on the rock. That is the reason for the bargain price. 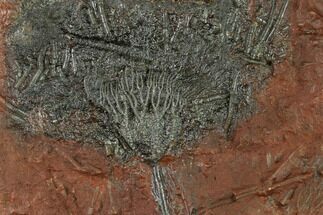