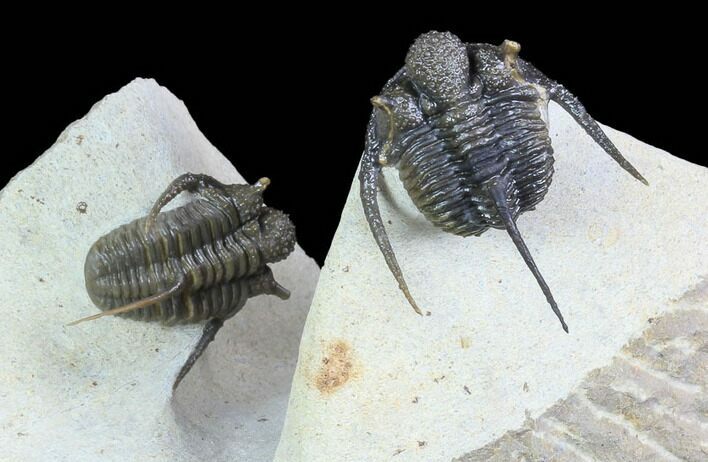 This is an nicely prepared, double Cyphaspis trilobite association from Ofaten, Morocco. Both specimens have very nice shell detail and preparation with the distinctive glabella covered in small bumps/spines. Each specimen is just over 1 1/2" long including the spines.

LOCATION
Ofaten, Morocco
SIZE
Each about 1.6" including spine
CATEGORY
Trilobite Fossils
SUB CATEGORY
Moroccan Trilobites
ITEM
#86846
GUARANTEE
We guarantee the authenticity of all of our
specimens. Read more about our
Authenticity Guarantee.
Shipping & Return Policy info.