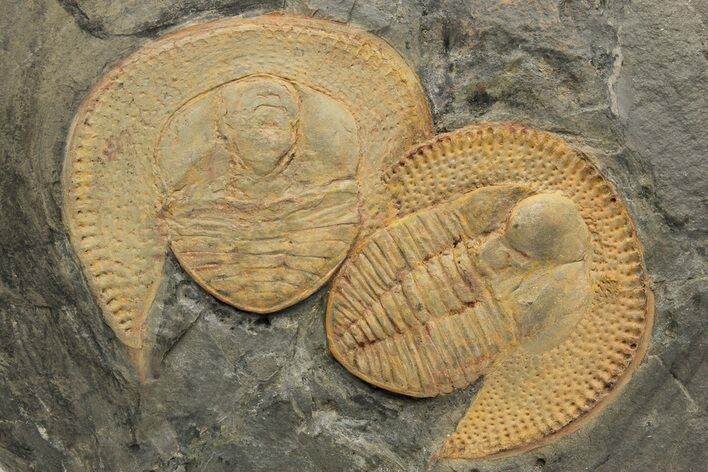 This is a pair of large Declivolithus trilobites from the Lower Ktaoua Formation of Morocco. They have a natural, orange preservation due to the oxidiation of iron pyrite which had replaced the fossil. The specimen on the left has significant restoration to it's headshield, hence the lowoer price. 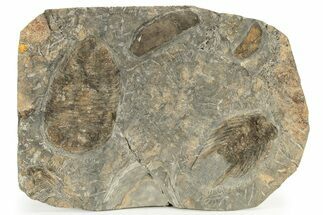 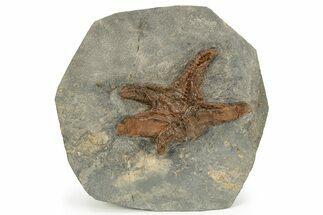