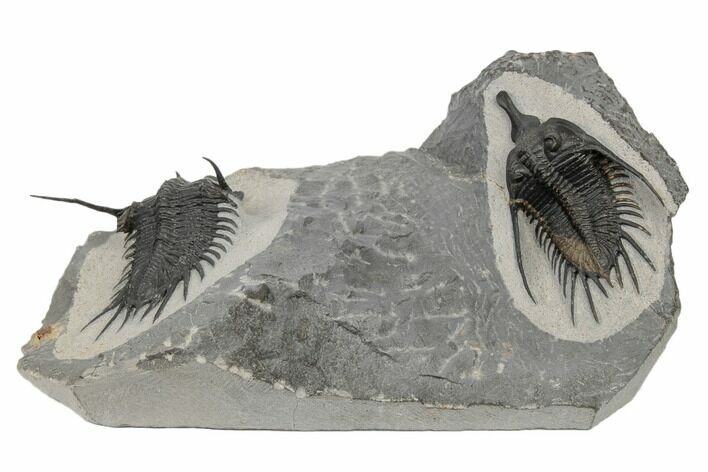 This is an really nice, natural, double Psychopyge trilobite specimen from the Tazoulait Formation of Morocco. This is the short-snout variety of Psychopyge, which is similar to Psychopyge elegans but has a shorter rostrum. Both speicmens are well prepared will all natural spines. There is a little bit of weathering on the thorax of the smaller specimen, but no restoration.