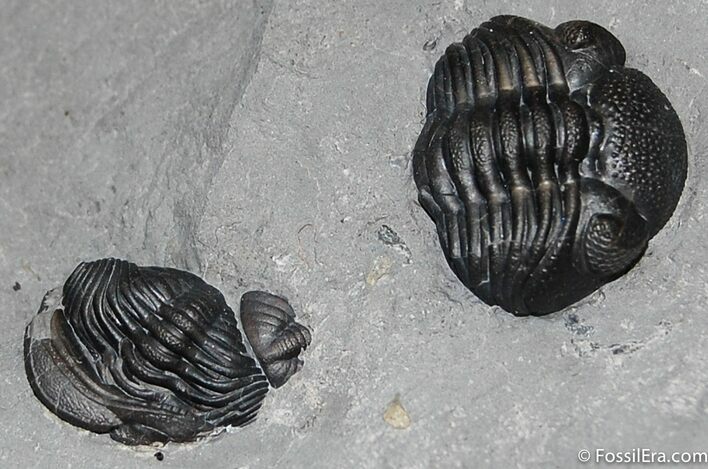 Here a beautiful preserved double with two enrolled Eldredgeops from the Moscow Formation of New York. This classic NY trilobite exhibits wonderful coloration and great preservation of surface detail. Check out the compound eyes which showing the dozens of individual eye facets.