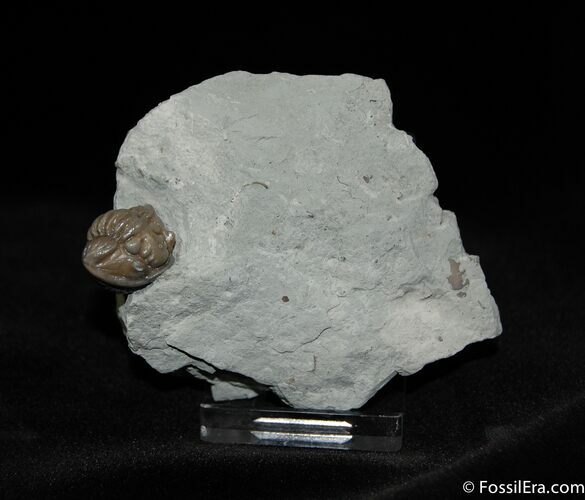 Here is a 3/4 inch wide Flexicalymene trilobite still partially embedded in the matrix which is was found it. These trilobites are often found enrolled in a defensive posture. This specimen has great preservation and displays well on the included stand.