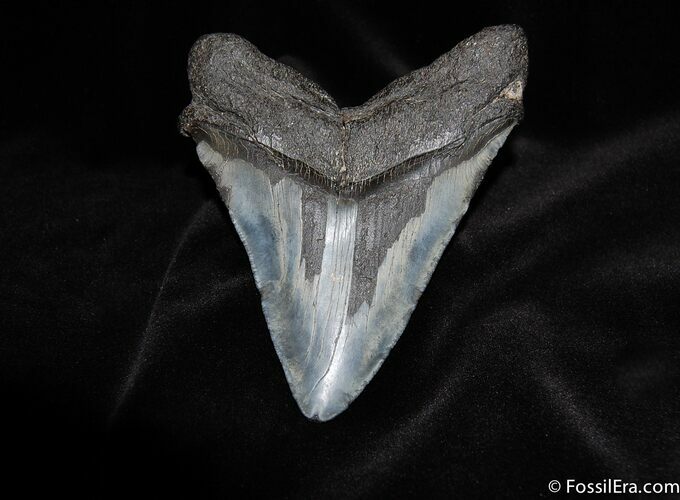 Here is a very large, nearly 5 1/2 inch Megalodon tooth. This is a very impressive and menacing fossil from this pre-historic, whale eating, mega-toothed shark. It displays very well on the included stand.