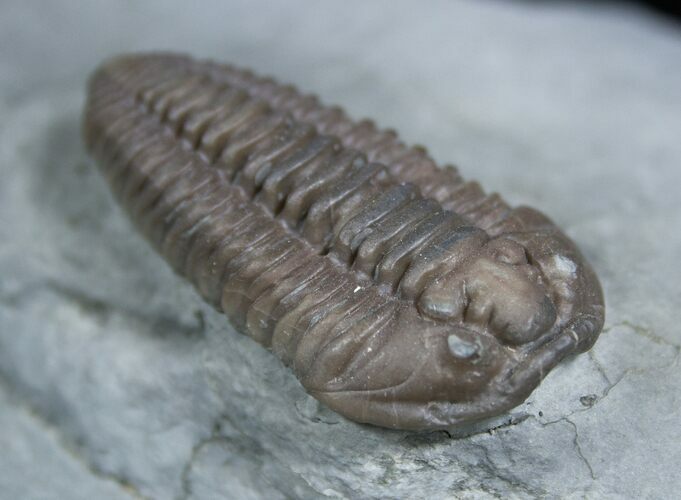 This is a killer specimen of Flexicalymene retrorsa. While Flexicalymene is a common trilobite, a specimen like this is a 1 in 1000 specimen. It's huge for the locality in Ohio at 1.67 inches in length, perfectly prone, wonderfully perched on displayable piece of matrix and nicely prepared. They don't much nicer than this.