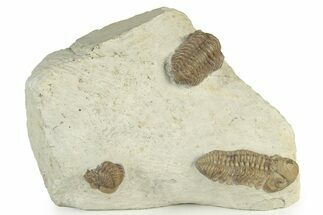 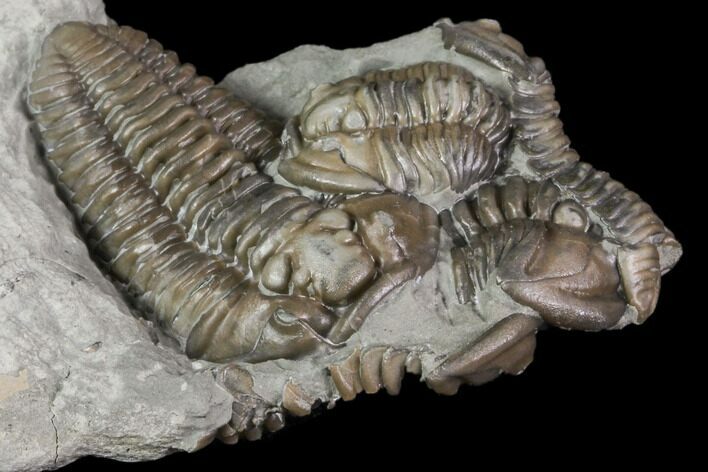 This is a cool cluster of four trilobites from Mt. Orab Ohio. There are two trilobites that are prone and two that are enrolled laying on top of each other. The larger specimen is 1.25" long and they have been cleaned under microscope using air abrasives. Comes with an acrylic display stand. 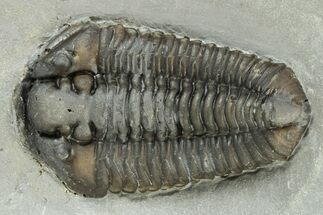