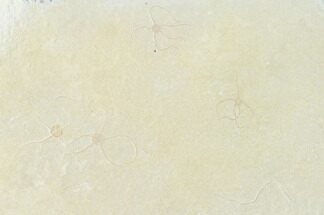 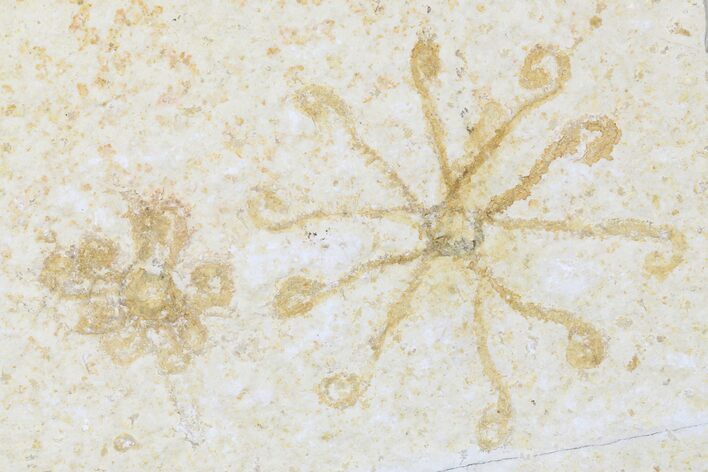 These are pelagic or free-floating crinoids (Saccocoma pectinata) from the Jurassic (150 million year old) Solnhofen Limestone in Germany. While most crinoids attached themselves to the sea floor with a stem and holdfast, crinoids of the order Comatulida, also known as feather stars typically do not have stalks. They lived on the seabeds and reefs in tropical or temperate waters.