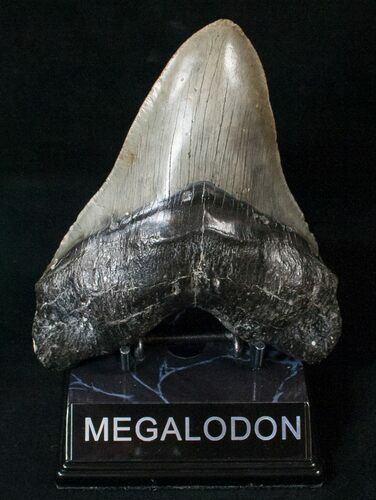 At 5.80" long this a monster fossil Megalodon tooth and would have come from a very large adult shark, probably in excess of 40 feet in length. It was collected in the Morgan River near Beaufort, SC after it eroded out of the Hawthorn Formation. The enamel is nearly totally intact on this tooth, unlike most large ones that have enamel peels. While the serrations are worn, many are still visible along the edge of the blade.