Huge Half Of 6+ Inch Megalodon Tooth 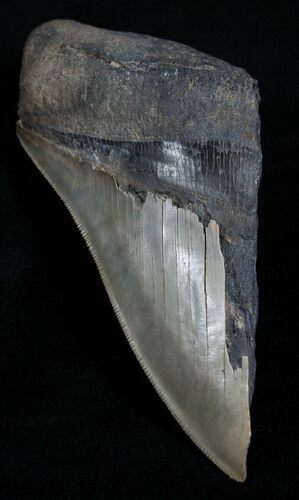 It's really too bad this tooth wasn't complete, it's a monster at over 6 inches long, and it has amazing serrations and blade color. Would have been a several thousand dollar tooth if the rest of it was there. Even just one half of the tooth weighs in at 11 ounces and truly gives you a feel for how massive this prehistoric shark must have been. The individual this one came out of would have been approaching 50 feet in length, a true terror of the oceans.