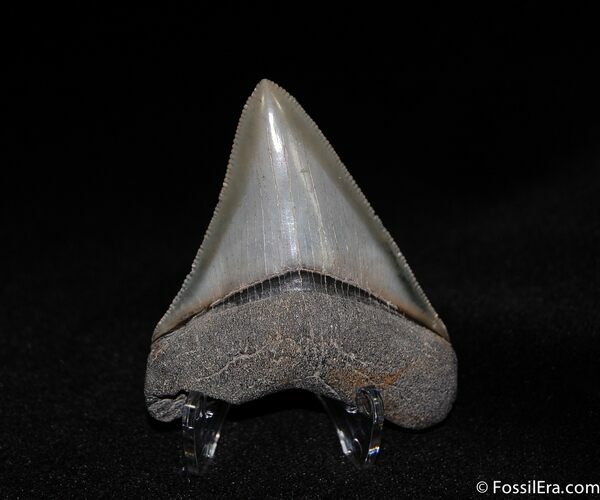 Here is a killer collector grade megalodon tooth collected by a diver near Beaufort SC after it had eroded out of the Hawthorn Formation. Check out the awesome serrations, wickedly sharp tip and spectacular coloration on this baby. You don't see teeth this nice everyday.

The tooth comes with the pictured stand and would be a great addition to any fossil collection.