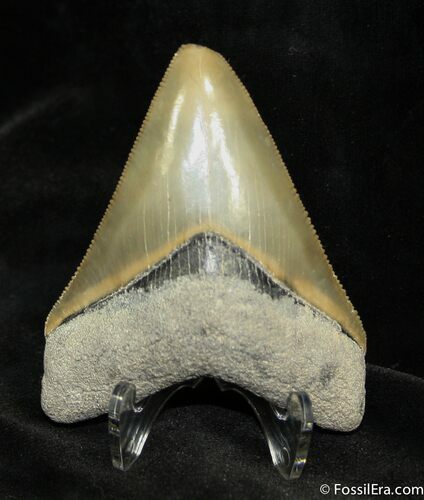 Here is a high quality Bone Valley Megalodon tooth. It's 2.73 inches long and absolutely gorgeous with some really nice serrations. Bone Valley meg teeth are highly coveted by collectors for the beautiful coloration and this tooth is no exception. 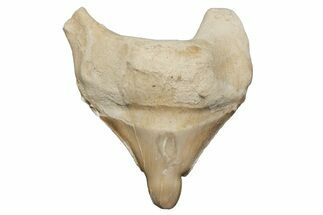