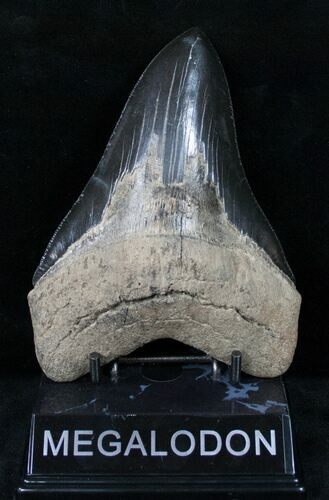 This is a very large 5.50" long Megalodon tooth collected in either South Carolina or Georgia. It has glossy, black enamel with some olive colored hues to it. The serrations and tip are in pretty good shape, as is the root. A tooth of this size would have come from an adult Megalodon shark in the area of 40 feet in length, a true monster of the Miocene seas. It comes with the pictured, custom stand to show off how impressive it is.