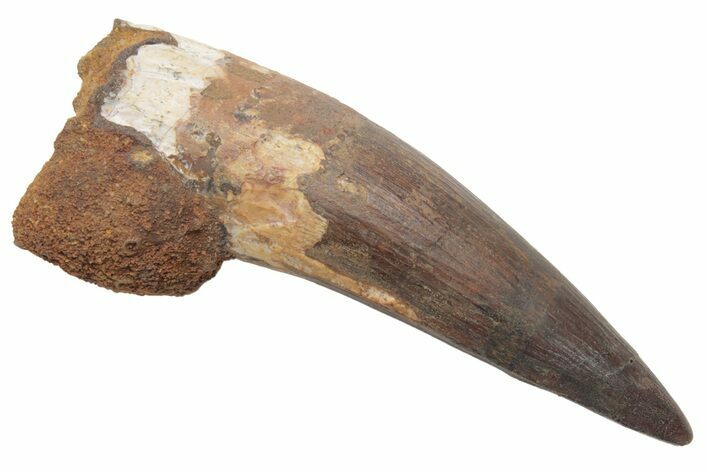 This is a huge, 4.6" long Spinosaurus tooth from the Kem Kem Beds of Morocco. It is from the Kem Kem Basin in Morocco and is Late Cretaceous in age, approximately 95 million years old. Teeth this large are fairly uncommon and most that you see on the market are composites of multiple partial teeth.

This large tooth has nice enamel preservation and a well preserved tip. There are two repaired cracks through this tooth, each of which required gap fill restoration.