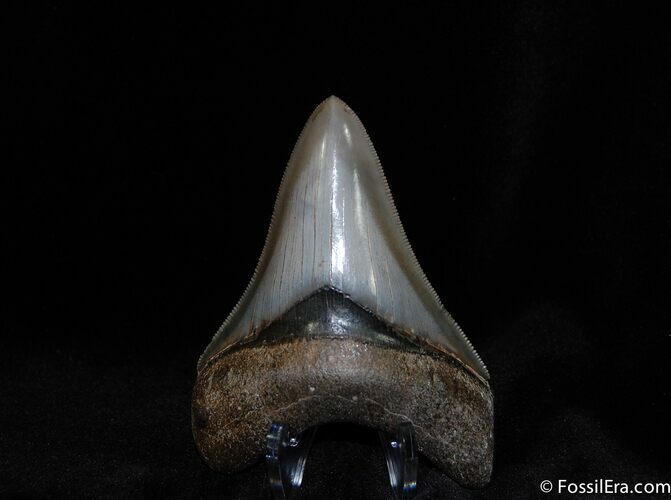 Here is one of the best preserved Megalodon teeth that I've seen. It's a very near perfect at 3.68 inches in length. Just check out the magnificent serrations, tip and bourrelette on this tooth! The enamel is brilliant and perfectly intact. This is an absolutely killer tooth that could be a centerpiece in any Megalodon collector's collection.