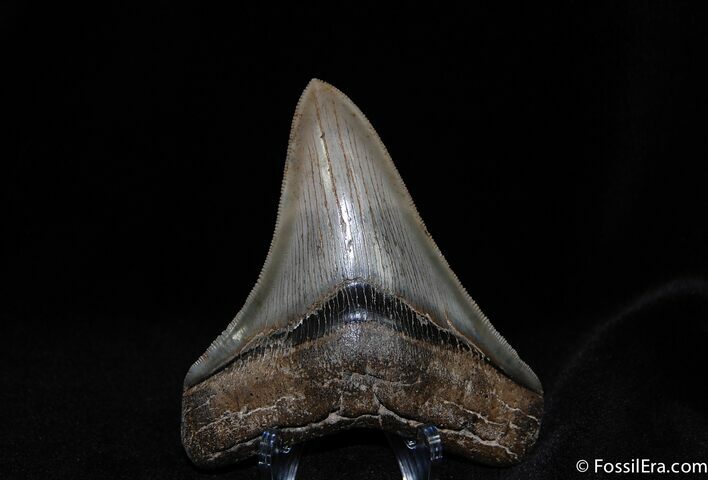 Here is no other way to put it, this is a beautiful Megalodon tooth. It's good size at 3.91 inches in length and nearly perfect in every way. Just check out the awesome serrations and the sharp tip. This one comes from Beaufort, SC and is one of the last remaining teeth from a collection that I purchased.