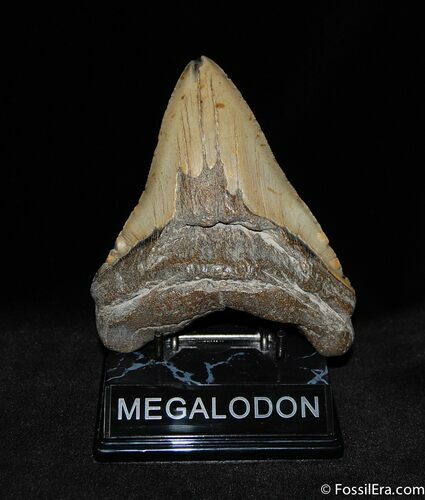 This is a very large Megalodon tooth, just shy of 5 1/2 inches. It would have come from a large adult shark probably close to 40 feet long that roamed the pre-historic oceans preying on whales. It has a nice colorful blade, lots of serrations along the edge, and just some feeding damaging on the top.

The tooth displays very well on the included stand and has absolutely no repair or restoration.