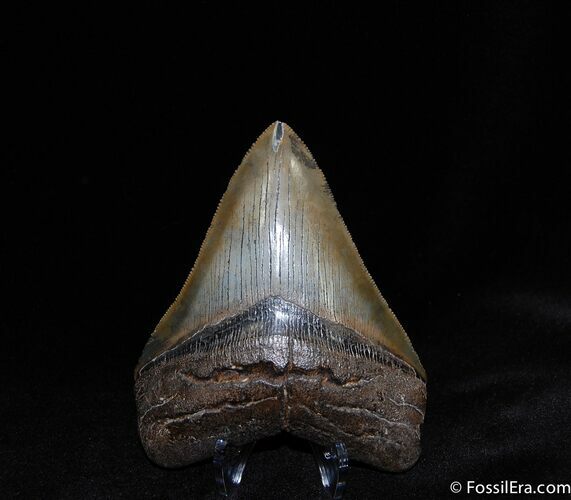 Here is a beautiful 4 1/2 inch collector grade Megalodon tooth from Beaufort, SC. It has awesome serrations, a very nice blade, great root, bourrelette and just some minor feeding damage to the tip. The enamel on this tooth is simply beautiful and it displays well on the included stand. There is no repair or restoration on this tooth.