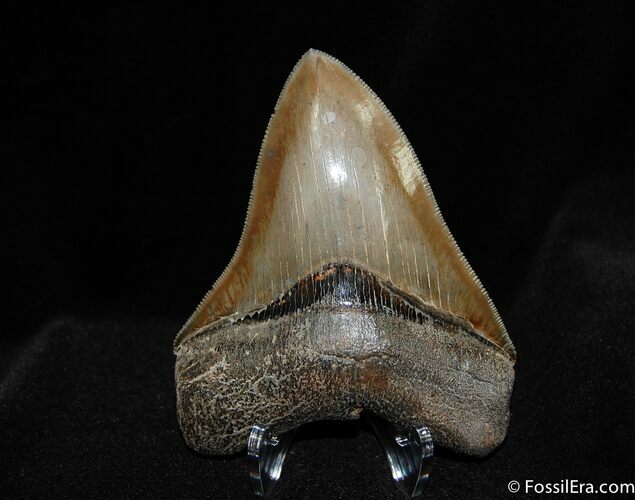 This Megalodon tooth is an absolute stunner. Just check out how pronounced the serrations are and how sharp the tip is. It also has great blade coloration, a nice bourrelette, robust root and no restoration or repair. This tooth was purchased as part of a lot from a collection that was being liquidated and was collected near Beaufort, SC. It displays well on the included acrylic display stand.