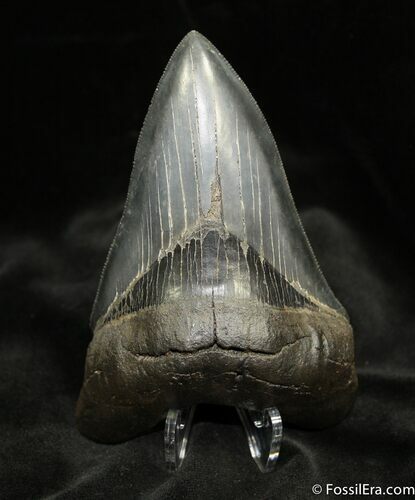 Check out the serrations and the great tip on this large 4.76 inch long Megalodon tooth from Georgia. The blade on this tooth is killer and you can imagine how menacing the 40+ foot long shark this came out of must have been. It's from the Hawthorn Formation, putting it somewhere around 4-7 million years old. It displays very well on the included stand.

The tooth has professionally done RESTORATION to the root of the tooth.