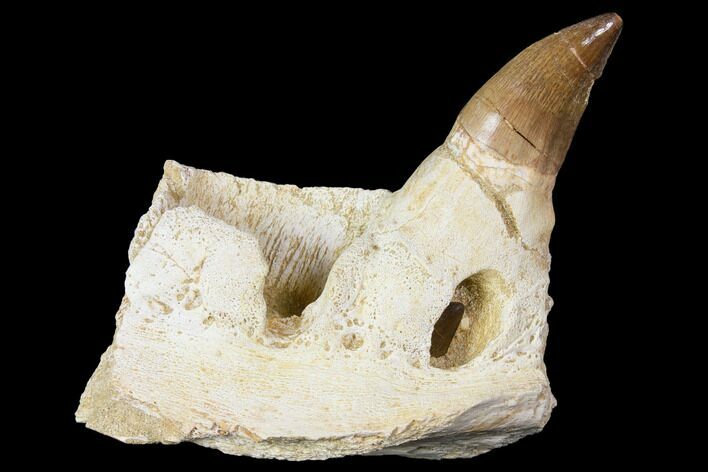 This is an interesting and nicely prepared, 4.2" long jaw section of the giant Mosasaur, Prognathodon. There is one rooted tooth present in the jaw as well as the crown of an unerupted tooth exposed inside in the jaw. There are a few repairs to the crown of the tooth in the jaw including a gap fill on one side. 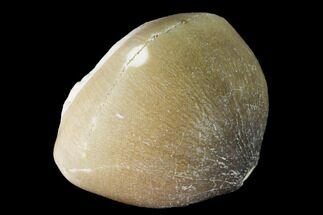 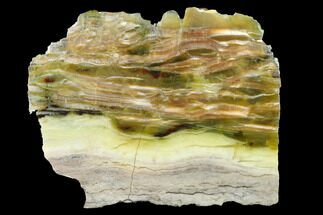