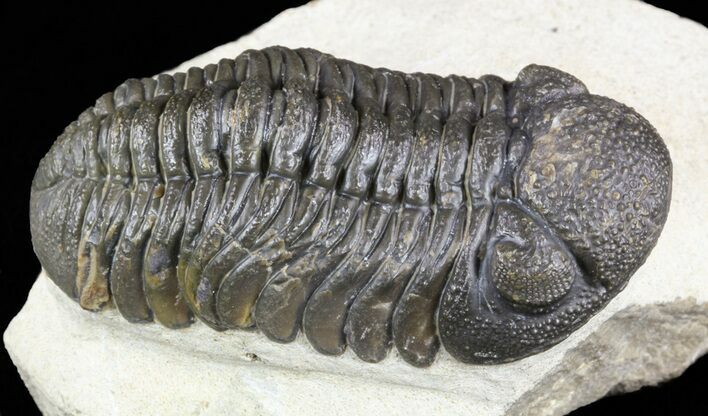 This is a large and well prepared Morocops (Barrandeops) trilobite. It has great detail including the it's distinctively bumpy shell and eye facets. There is no restoration on this specimen.