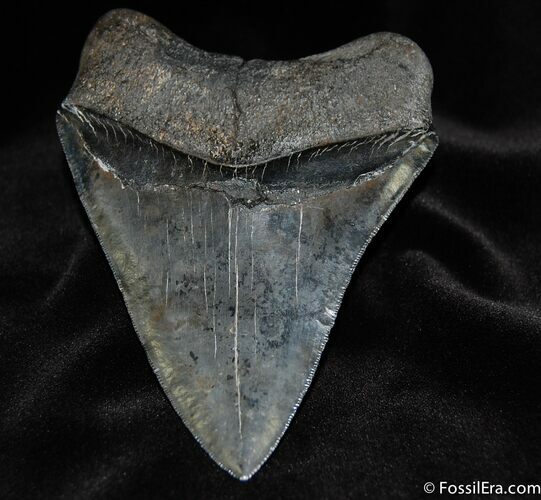 Here is a really nice 3 inch Megalodon tooth from the Pungo River Formation in North Carolina. The serrations are a little worn but present and the tooth has a nice sharp tip.

Pictured stand not included but can be purchased separately.