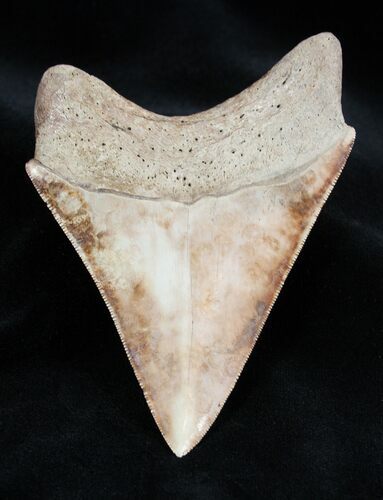 Here is a beautifully, light colored Megalodon tooth just over four inches in length. Check out the photos, the serrations along the edge and the sharp tip are killer. Due to these aspects of coloration and sharpness of tip/serrations this is a very unique tooth.