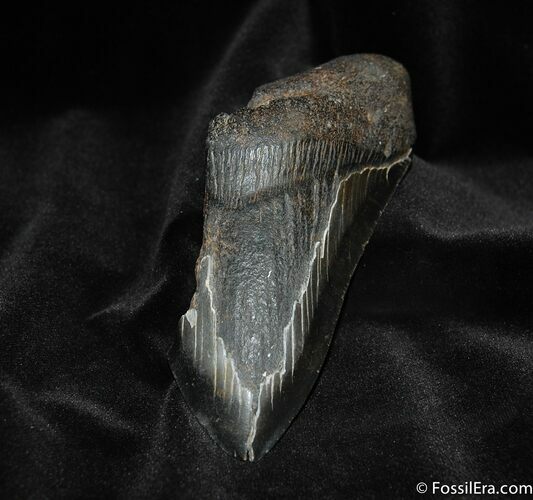 Here is a partial (70% complete) tooth from the ancient, mega-shark, the Megalodon. This tooth would have come from an adult shark likely over 50 feet in length. The tooth still has serrations along the edge and some slight feeding damage on the tip. 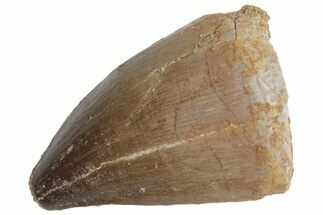 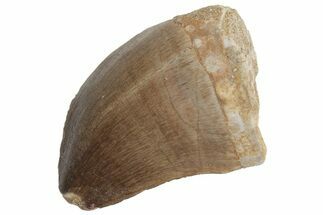 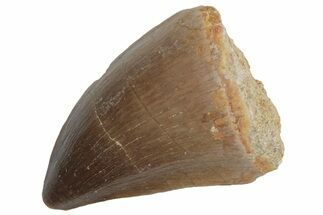