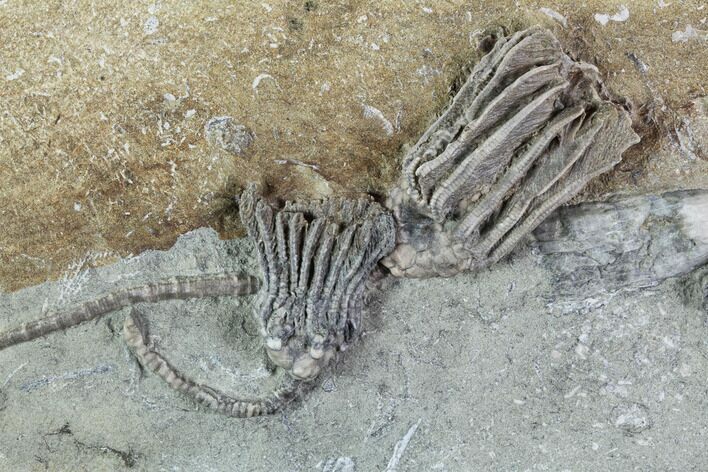 This is a very interesting crinoid association from Crawfordsville, Indiana. There is a 1" long Platycrinites crown and 1.5" stem with an association of a Macrocrinus mundulus crown with a 2.8" stem. In addition, there is a small (.7") undescribed Inadunate crinoid crown and what looks to be a partial horn coral. All specimens are highly detailed and were prepared under microscope using air abrasives. 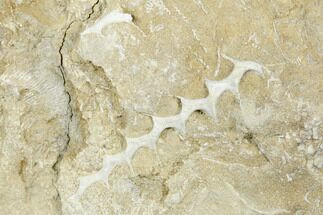