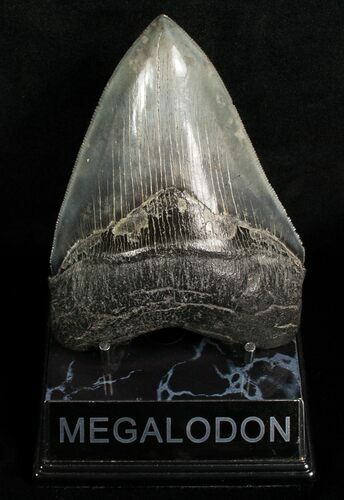 This is a very nice 4.94" Megalodon tooth which is a river find from Georgia. The blade is in spectacular condition with nice glossy enamel, SHARP serrations and a fine tip.

The root is pretty robust, though there is a little bit of RESTORATION to the bottom of the right root lobe. It displays nicely on the included Megalodon stand.