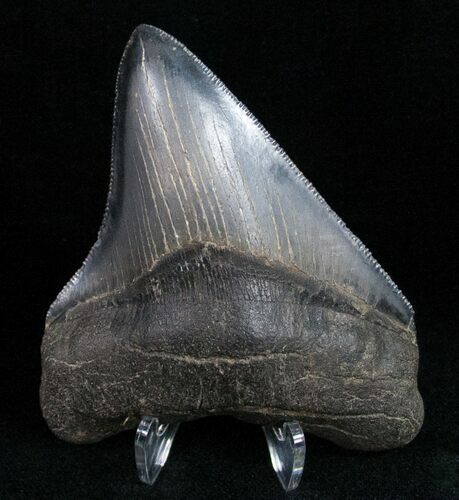 This is a nice, 3.48" long posterior Megalodon tooth with sharp serrations. Posterior Megalodon teeth are much rarer than other tooth placements and tend to be much smaller so this came from a good size prehistoric shark. Comes with an acrylic display stand.