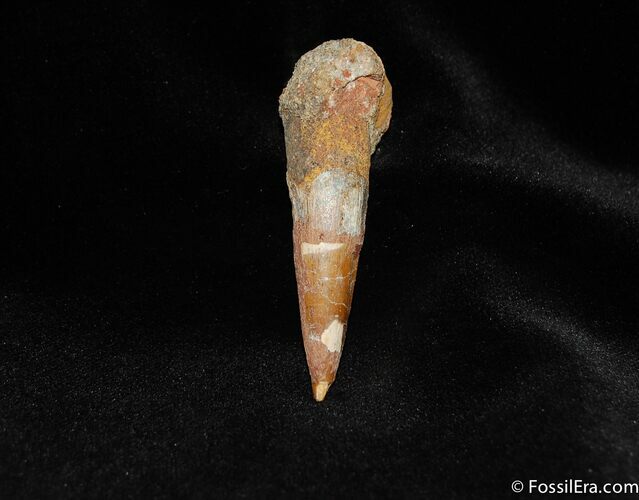 Here is a 2.31 inch long Spinosaurus tooth from the Kem Kem Basin in Morocco. It is mostly complete from tip to root but does have some some repair and restoration in a few areas (hence the inexpensive price) Here's your chance to own a nice looking tooth from the largest meat-eating dinosaur to roam this planet.