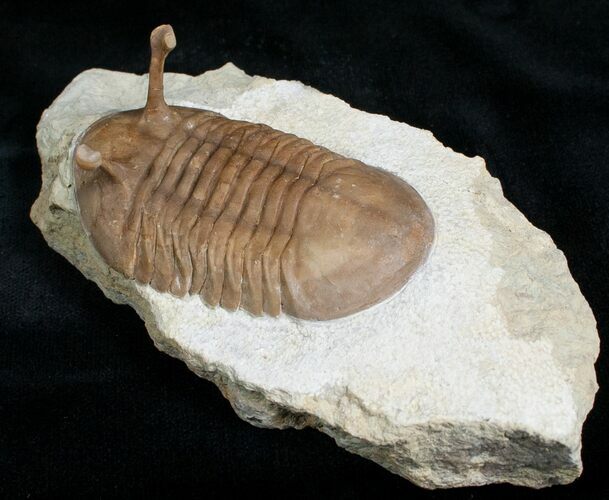 This is an exceptional example, 2.3" long and laid out perfectly prone. There is minimal restoration compared to most trilobites from these quarries, about 2% in a few small patches of shell on the body.