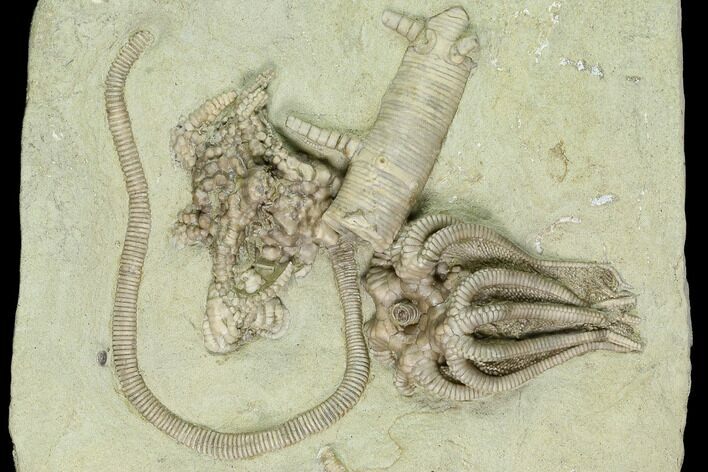 These are three fossil crinoids from the Edwardsville Formation crinoid beds near Crawfordsville, Indiana. This association includes a 2.15" long Agaricocrinus americanus crinoid (largest), a 1.9" wide Gilbertsocrinus dispansus crown (lumpy appearance) and a partially exposed .65" wide crinoid of the species Taxocrinus colletti. The Taxocrinus colletti crinoid can be found further exposed along that back side of the specimen. There are also multiple crinoid stem segments that can be found scattered throughout the rock, including one massive one that sits between the three crinoids.